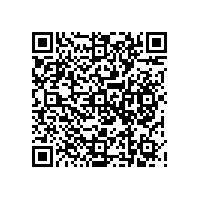 4SC announces results for the first nine months of 2008

Highlights of the third quarter 2008:

- Successful closing of capital increase secures financial proceeds of 29.45 million ¤
- Completion of acquisition of the oncology pipeline from Nycomed for 14 million ¤
- Expansion of the research and development pipeline through compounds of the Nycomed portfolio

'In the past quarter we have boosted our financial strength and expanded our research and development pipeline by a number of attractive drug candidates,' commented Dr Ulrich Dauer, CEO of 4SC AG. 'We have managed to effectively strengthen our strategic operational capacity, despite the current crisis in the capital markets. Looking at the next twelve months, we are well prepared to push ahead with the efficacy studies for ongoing clinical projects and to introduce up to four further preclinical candidates to the clinical research stage.'

The acquisition of the Nycomed oncology pipeline was completed on 31 July 2008. The purchase price of 14 million ¤ was paid in cash. The financing of the transaction was made possible through a capital increase from authorised capital while maintaining subscription rights for existing shareholders. The issuance of 9,500,913 new shares at a subscription price of 3.10 ¤ per share generated gross proceeds of 29.45 million ¤ for the company. Thereby, unsubscribed shares were successfully issued within a private placement at the subscription price. This transaction was supported by Santo Holding (Deutschland) GmbH, the largest single shareholder of 4SC AG.

Over the following weeks, three candidates from the acquired oncology projects were integrated into 4SC AG's clinical and pre-clinical portfolio.When selecting the projects, which 4SC AG hopes will deliver the highest increase in value, addressable markets and unique selling point were as important as the molecular mechanism. 4SC-201, a substance in clinical phase I, is the most advanced, already demonstrating excellent results after the end of the reporting period. This results in terms of safety, tolerability and pharmacokinetic properties were presented in October at two trade conferences in Geneva and in Boston.

The results for the first nine months of 2008 (IFRS) The 'Collaborative Business' segment generated 1.72 million ¤ of the significantly increased total revenue of 2.47 million ¤, which almost doubled the revenue in this segment over the first nine months compared to the previous year. The 'Drug Discovery and Development' division contributed 0.75 million ¤ to sales. This income is as a result of the license and collaboration agreement with ViroLogik GmbH, Erlangen, which was signed in the second quarter.

The significant increase in cost of sales in the first nine months of 2008 (2007: 0.29 million ¤) to 1.26 million ¤ is primarily down to individual value adjustments.Total operating expenses in the first nine months of 2008 amounted to 11,46 million ¤, an increase of around 58% year-on-year. At the same time, research and development costs went up from 4.72 million ¤ to 7.66 million ¤, an increase of 62% over the previous year. This development arises from the growing need for external services in the ongoing clinical and pre-clinical programmes and the integration of the acquired Nycomed projects in the own pipeline.

Following the acquisition and integration of the Nycomed research projects 4SC AG has now two clinical candidates. For 4SC-101 against rheumatoid arthritis 4SC firmly follows a two-track strategy, by pushing ahead with a further phase II study with rheumatoid arthritis indication, while at the same time continuing intensive negotiations with interested parties in the pharmaceutical industry to pursue license agreements. At the same time, preparations for phase II trials in chronic bowel disease (Crohn's disease) are nearly completed. For 4SC-201, 4SC AG plans a number of phase II efficacy trials with several cancer indications over the next months. In addition, there are four further preclinical candidates meeting the criteria for entering into clinical studies over the next twelve months.

4SC AG will hold a public conference call today at 02:00 p.m. CET (8:00 a.m. EST) to present the nine months results 2008 and report on all important highlights of this period.

Participants can dial in under the following numbers and with the passcode 8055447.

Simultaneously to the call, the presentation slides can be followed via internet under http://www.euvisioncast.com (Meeting ID: 8055447; Meeting Password: pw4256).

Please dial in ten minutes before the beginning of the conference.

Approximately two hours after the live presentation, an audio replay of the conference will be available on the 'investors' section of the homepage www.4sc.com.

4SC AG (ISIN DE0005753818) has been listed in the Prime Standard of Frankfurt Stock Exchange since 15 December 2005. Founded in 1997 and now with a staff of 83 employees, the company develops novel drug candidates against inflammatory diseases and cancer. 4SC AG utilises its patent protected platform, to create a sustainable project pipeline of drug candidates, which are to be developed up to clinical efficacy in early clinical phases ('proof of concept') and subsequently partnered with the pharmaceutical industry in return for advance and milestone payments as well as royalties. There are currently eight projects in the development pipeline and a rich pool of further discovery projects. Clinical phase IIa for the first project for the treatment of rheumatoid arthritis has already successfully been completed. An additional project for the treatment of various cancers is currently completing a clinical phase I trial. Further projects are in advanced pre-clinical stages.

Further information is to be found at www.4sc.com.